I was recently exposed to Shepard Fairey’s street art outside the Little Cupcake Shop at 30 Prince Street at the start of a food tour in Soho, New York City. The food tour itself was absolutely amazing, but more on that in another post!

Frank Shepard Fairey is an American street artist and founder of the OBEY sticker campaign. He is well known for his Barack Obama “Hope” poster which he did during the 2008 U.S. Presidential election. While his work is controversial he has become one of today’s most well known street artists with his work being on show in collections at The Smithsonian, Museum of Modern Art in New York City, The National Portrait Gallery in Washington D.C. and The Victoria and Albert Museum in London, among others. 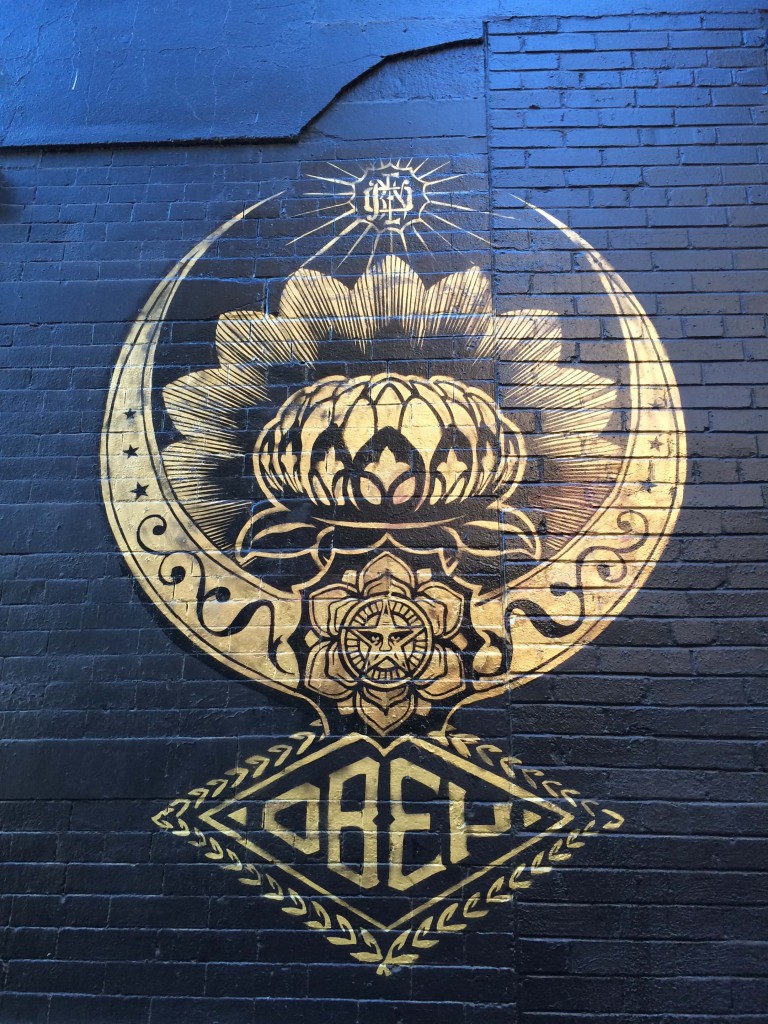 On The List is my creative outlet and stems from my passion for discovering products, places, food and other interesting things, new and old, in South Africa and overseas.